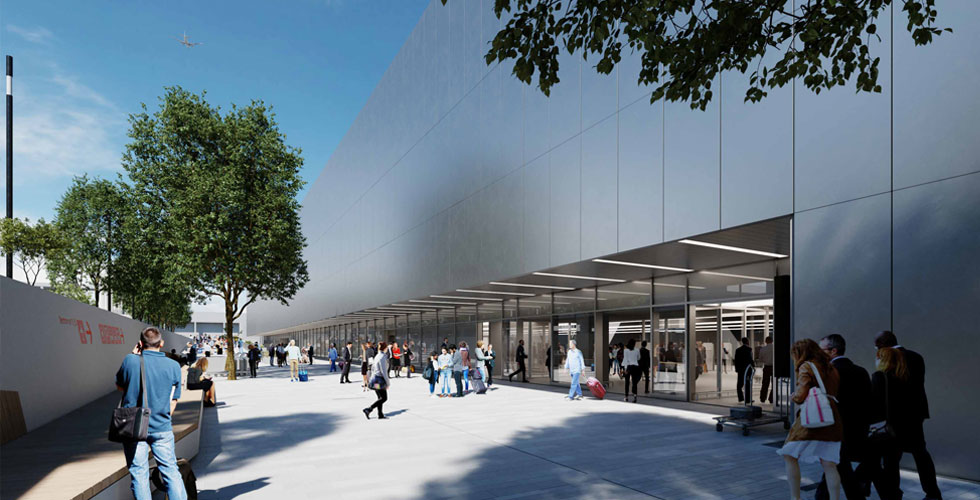 There is much speculation about the airport’s actual opening date – but amd.sigma is already at work helping BER prepare for it. In June 2018, building authorities gave the green light for construction on the new Terminal 2 (T2) at the Berlin Brandenburg Airport.  The building, comprising approximately 23,000 m2 (247,570 ft2), will be erected in front of the north pier, representing an important component of the BER 2040 master plan.

A total of six million passengers are expected to be processed annually, increasing BER’s total passenger capacity at its opening to 28 million. Our project partner, ATP, an architectural engineering firm from Frankfurt, came up with the design for the strictly functional building. The Swiss company suisseplan, a specialist in airport logistics, was responsible for the baggage handling master plan.

Our task at amd.sigma was to translate user needs into a building concept and to conduct tendering for the assignment of a general contractor and for construction of the baggage facilities.