News
ON THE CHALLENGES AND ADVANTAGES OF AIRPORT PRIVATISATION 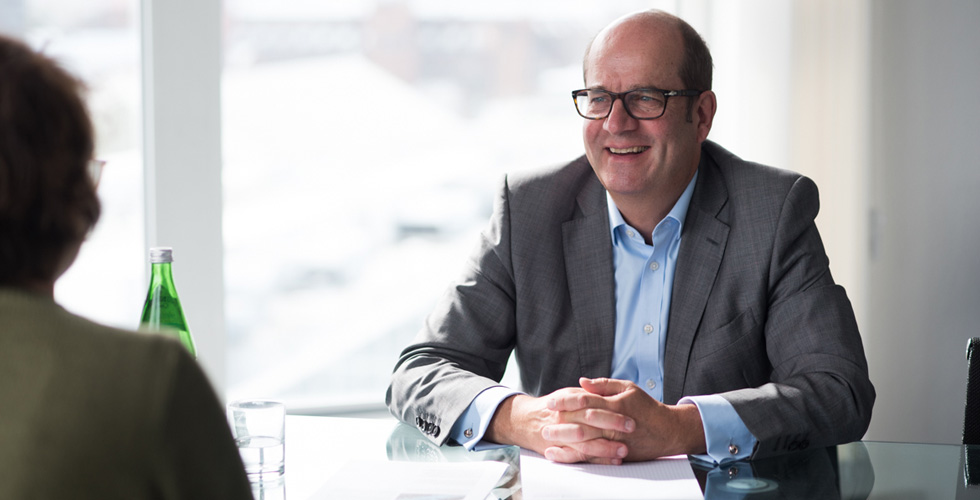 Early examples of airport privatisation date back to the 1980s. Are we currently seeing a new trend toward privatisation?

What are the different models of airport privatisation?

The simplest type is a public offering. In other words, state or federal shares in an airport are sold to the public or financial institutions for the first time. Frankfurt Airport is a classic example. Then there is what we call the “Brazilian model”: a global tender process is launched to find the highest bidder and the government retains a stake through its national airport company with shares of up to 49 percent. This type of model has proven its worth in other countries as well. It is ultimately a response to the negative experience of radical privatisation in cases like the British railroad system under the Thatcher government, where power and control shifted entirely to private shareholders. Consequently, looking after shareholder values became a bigger priority than maintaining the infrastructure. France offers a third model: airport companies there emerged from toll road operators, which are  state-controlled – so, in reality, these airports are not genuinely privatised.

How does amd.sigma support airports with privatisation projects?

amd.sigma provides support for many aspects and areas of privatisation. For potential investors and operators vying for an airport, we can manage the entire bid process. That means bringing together a wide array of experts, including legal and financial advisors. We also provide consulting for investors interested in different technical development possibilities for an airport.
In addition, we create business plans for investors where we verify whether public officials are on the same page as our bidder – are their assumptions aligned? That’s a crucial aspect since it involves procuring detailed data on both the revenue streams and operating costs of an airport. Planners have to anticipate such requirements many years in advance since infrastructure has a limited lifetime and will need an update every 10, 15, 25 years. In this sense, classic management consultancies rarely have the expertise we can offer. Some of our employees have decades of experience working for airports and they know exactly what it takes to get the job done.

What are some reasons why public operators decide to go private – and do they vary from region to region?

The most important reason is financial capital. Publicly operated companies usually do not have adequate access to financing that will cover the enormous investment costs – and with airport investments, we are normally talking about figures in the nine-digit range.

But financing is not the only reason. Take the United States, for example. The US has highly developed capital markets, but still no viable business model for airports. Traditionally, public airport companies in the US merely lease out airport property. They grant airlines the right to operate terminals and infrastructure based on decades-long leasehold agreements. So, there is very little pressure to initiate change. To compete in a global market, though, they still need to improve airport operations – for example by improving the passenger experience and delivering superior quality. It’s incredibly difficult for the airports to accomplish this without the necessary operational experience. What’s more, US federal law prohibits the current airport authorities from turning a profit.
Because of increased competition, airlines have also started to understand that they need to concentrate on their core business –air travel. More and more airport operators in the US are joining forces with the airlines and starting to privatise, although none of the projects to date has involved an entire airport.

In emerging markets like India or Brazil, the motives for privatisation are often a mixture of both topics: the public sector has neither the funds nor the experience with quality-driven airport operations. At the same time, the demand is extremely high. In a country like Brazil, domestic travel requires bridging enormous distances – and the current network of public roads and railroads is still sorely lacking. For government stakeholders, the easiest thing to do, then, is to build new airports with the support of private operators.

What are the differences between privatised airports and publically owned airports?

The private airports are much more flexible, more agile and more willing to take risks. They have a different relationship to airport planning and development. And when an airport is successful, it has a highly positive impact on the local economy. Airports are always the largest employers in their region – from the ground personnel to the food court staff. But the differences also extend to the passenger experience: publicly operated airports often do not have a strong customer focus. We believe that a good airport is not only fast, efficient, and safe, but also offers a positive passenger experience – and private airports are usually better in these areas. The main reason is airport employees who identify more strongly with their employer and enjoy better career opportunities as well as more attractive wages.

Which airports would you cite as positive examples of privatisation and why?

Successful airport privatisations succeed in integrating different systems. That means achieving a balance between airside and landside systems, between aviation and non-aviation topics, between business and operations. In Germany, we can take Hamburg, Düsseldorf, and Frankfurt as examples of different privatisation models that were all highly successful.

Where was privatisation less successful and what was the largest stumbling block?

In countries where the legal system doesn’t always work, you might see investors pulling out of a project prematurely. But there are also examples of privatisation where the market expectations were entirely unrealistic. Especially in Brazil, there was a huge decline in traffic in the wake of the financial crisis and due to rampant corruption – and investors there lost a lot of money. However, when we look at these projects from a public perspective, we can still call them successful because the necessary infrastructure is now in place.

Are there classic success factors for privatisation?

Robust legal frameworks are an important factor. Legal frameworks have a decisive impact on how privatisation projects are perceived in terms of risk. When investors can bank on a predictable legal system, projects are more attractive and easier to implement. The involvement of public shareholders also plays a big role – something we have observed in multiple privatisation projects. In the field of airport development, there are numerous processes that involve public officials, for example the definition of certain fees, approval procedures, regulations, or special assessment taxes. These processes tend to go more smoothly when the public sector has a stake in the results. Communication with the broader public also tends to be much better.

What are the greatest challenges that come with privatisation projects?

One of the biggest challenges is the realistic estimation of expected traffic flows. We have repeatedly observed clients who have an overly optimistic view of the development potential of their airports.

Let’s fast-forward to 2029: will the majority of airports be publically or privately operated?

There will always be publically operated airports. But with the US we have a large market that is headed for change and when it happens, we will see a wave of privatisation – I am fully convinced. Privatisation will also continue in the rest of the world, because the demand for mobility is growing at an enormous rate. In emerging countries, we are just starting to see the development of middle classes with the means to travel. The concept of holidays was more or less just invented in China. In these countries, we will start to see the sudden movement of enormous masses of people. This push for greater mobility will result in the demand for a transport infrastructure that can only be satisfied through private investments. At amd.sigma we enjoy making the privatisation process a success for all stakeholders.